Grasping at Straws in the North Woods 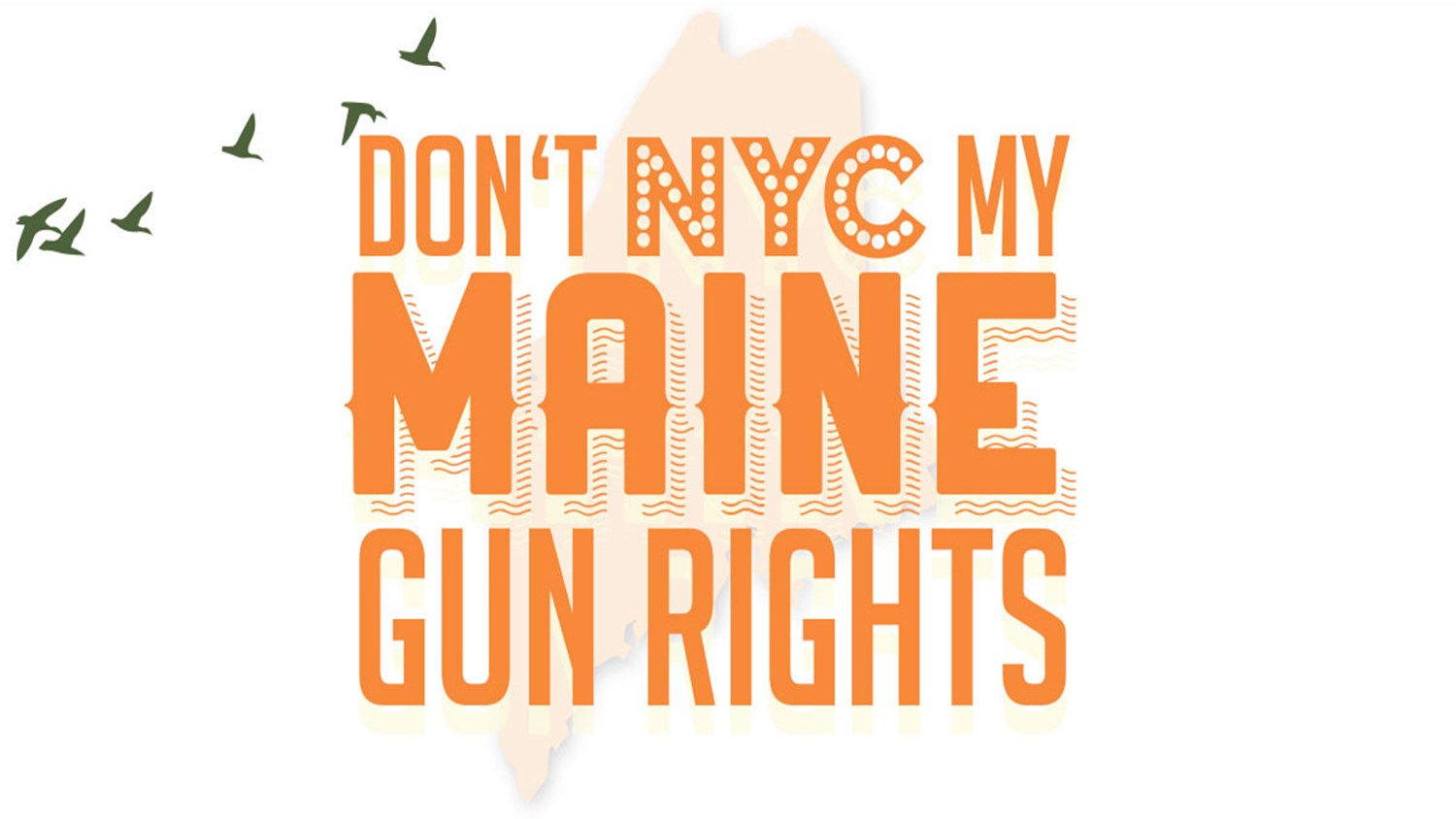 Mainers for Responsible Gun Ownership, proponents of the Maine Background Check Initiative, Question 3, recently posted the following:  “FACT CHECK: NRA website on Maine background check campaign,” to condemn the NRA website that opposes this initiative by claiming it is “riddled with factual inaccuracies and misleading statements.”

Proceeding on the theory that style is a good substitute for substance, the lengthiest of these alleged “factual inaccuracies” is captioned “Out-of-state influence- from Serbia?” and decries the NRA’s use of photos because these may show “hunters who are not only NOT from Maine, but likely are not even Americans. The photos are stock photos taken by a Serbian photographer.”

As far as we know, using stock photographs taken by a Serbian is not a nefarious deception, even had the photographer not acknowledged he travels extensively and has worked in more than 60 countries. Mainers for Responsible Gun Ownership (MRGO) is itself ill-served by any such homegrown bias, considering the initiative proponents are largely funded by former NYC mayor Michael Bloomberg.  Other alleged inaccuracies “that indicate [the NRA] either don’t understand the proposed law or are intentionally distorting the truth” include the NRA assertion that Question 3 will not stop criminals. The MRGO notes that “in Missouri, when the state repealed its background check requirements, gun crimes went up.”

Although no source is listed, a Bloomberg School of Public Health study published in 2014 claimed that Missouri’s 2007 repeal of a permit-to-purchase handgun law was followed by increased murder rates in the state. When the Crime Prevention Research Center analyzed the study and reviewed the relevant crime rates, it discovered that, while the murder rate in Missouri did rise by 17 percent relative to the rest of the country in the five years after 2007, this rate had actually increased by 32 percent in the five years prior to 2007. (As to why the study used only murder rates and not “gun crimes” or other violent crimes, the analysis suggests that none of the other violent crime statistics supported the desired relationship between a background check law and reduced crime rates.)

Common sense indicates that the persons who present themselves for a background check procedure are those who have no reason to think they will fail a background check, or have no reason to believe that they are risking criminal prosecution for transferring a gun to a person not legally eligible to possess one.  Surveys of prison inmates confirm that the majority acquire their guns through means (like theft and straw purchases) which are already illegal. Felons, gang members, and other criminals aren’t inhibited by legal prohibitions against theft and straw purchasing and will sidestep Question 3, if enacted, as well.

Next, the MRGO points to the NRA’s “Question 3’s Exceptions Are Misleading.” The MRGO’s response here is especially hypocritical interesting: “The NRA is using the same playbook they have used over and over to block common-sense regulations – attempting to confuse and scare the electorate. Question 3 simply takes existing federal law that requires background checks for all dealer sales and applies it to private sales.”

That statement is the biggest, baldest, baddest whopper of all: that Question 3 affects only “private sales.” The initiative language clearly states that unless a specific exemption applies, “each sale or transfer of a firearm occurring in whole or in part in this State between unlicensed persons must be preceded by a background check on the transferee, and an unlicensed person may not sell or transfer a firearm and an unlicensed person may not receive a firearm without complying with the process described.” “Transfer” is defined to mean any transaction where a person will “furnish, give, lend, deliver or otherwise provide” a firearm to another person, regardless of whether the ownership of the gun changes. Gifts and loans, even temporary loans, of a gun are included – otherwise, why would this initiative include the cramped exception for loans and gifts to an “immediate family member” and the even more constricted exception for self-defense?

That sounds ominously like an ocean of activities well outside what anyone would consider a “sale” of a firearm.

The NRA understands the proposed law all too clearly. As for the MRGO, focusing on the origin of photographs as evidence of intentional distortion is pretty feeble: try as you will, you can’t spin these wisps of straw into gold.

We encourage Maine residents to review the initiative for themselves. Get educated, stay free, vote NO on Question 3.  For more information on this gun control initiative, please visit VoteNoQuestion3.org.